We're very sorry, the chat system has now closed for the day.


The current chat session has ended.


All agents are unavailable. We apologize for the inconvenience. For assistance, please call 1-888-427-5632.


Are you sure you want to end the chat?


Please hold while you are connected with an agent... 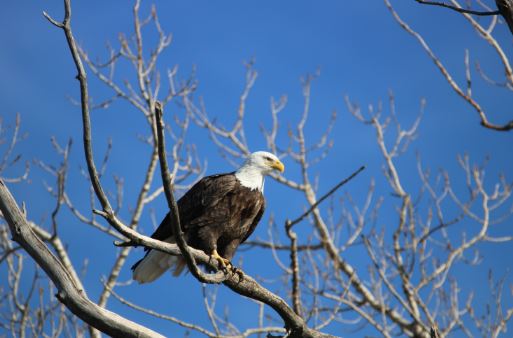 MidAmerican Energy filed a plan in the summer of 2018 with the U.S. Fish and Wildlife Service, proposing a series of measures to help minimize how wind turbines may impact bald eagles and four bat species.

The company’s habitat conservation plan reflects insights gleaned from the most extensive research effort of its kind, spanning four years and covering most of MidAmerican's existing wind fleet. Additional surveys are ongoing and will cover new projects as they begin operating.

The proposed changes involve adjusting a turbine’s “cut-in” speed, or the wind speed at which a turbine begins to spin and produce energy. Studies show the adjustment can minimize bat fatalities. The changes will slightly decrease electric generation output.

The plan also proposes measures to reduce impacts on bald eagles that may be present near MidAmerican wind farms. It calls for training wind turbine technicians on wildlife search protocols during turbine visits, and educating landowners about removing animal remains that may attract eagles near wind turbines – reducing the odds of an eagle coming in contact with a wind turbine.

In addition to modifying wind turbine operations, MidAmerican proposes to establish a $8.1 million bat conservation fund and a $1.6 million eagle conservation fund to support statewide mitigation projects to offset any impacts to those species.
Can't find what you're looking for?
Visit the support center
© 2019 MidAmerican Energy Company.